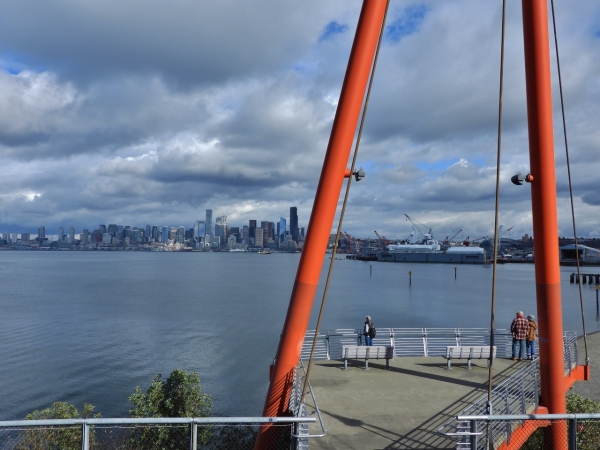 West Seattle is a group of Seattle neighborhoods known for their many public beaches and parks, several with wonderful view east to downtown or west to the Olympic Mountains. The Duwamish River separates the two parts of city, and also is home to the Port of Seattle and several parks. A passenger-only ferry runs between the two, but the primary road connection is the West Seattle Bridge, completed in 1984 to replace a previous opening bridge that was struck by a ship in 1978, leaving it open and inoperable.

On a sunny winter Saturday, we took a drive to West Seattle, taking in the views to port operations and downtown Seattle in several Port of Seattle parks along the way. Reaching West Seattle isn’t as direct as it used to be, with the bridge currently closed for a two-year repair project to address cracks in the structure. From West Seattle, we continued south to historic Fauntleroy and checked out the waterfront houses crowding the shore south of Three Tree Point.

Below are highlights from Feb 20th, 2022. Click any image for a larger view, or click the position to view the location on a map. And a map with our most recent log entries always is available at mvdirona.com/maps.