Return through the Eastside 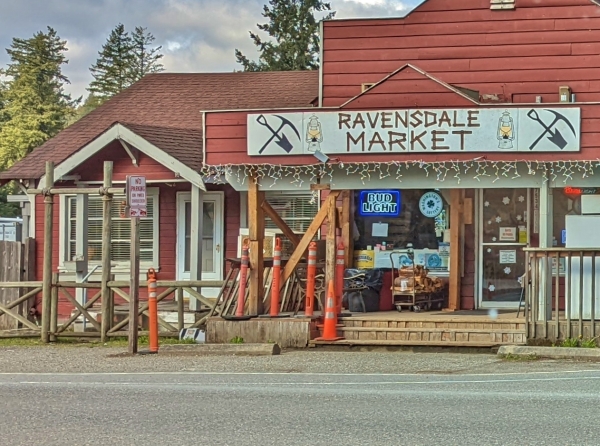 On returning from our snowshoe trip to Olympic National Park, we decided to drive south through Tacoma for the first time rather than take a ferry across the Puget Sound as we’d done on previous trips. Surprisingly, driving the whole way only takes an extra 15 minutes over the ferry. But that’s assuming you just drive onto the ferry with no delays, a rare occurrence.

From Tacoma we exited I-5 for a more scenic route north along SE Lake Holm Road near Auburn, crossing the infamous Green River along the way. American serial killer Gary Leon Ridgway was known as the Green River Killer because his first five victims were found there. His arrest and trial were international news when we lived in Seattle in the early 2000s.

We continued north through small towns we’d never heard of, such as Ravensdale, with its century-old grocery store. We eventually reached more familiar territory in the Eastside, the suburbs of Seattle east of Lake Washington, including Issaquah, Redmond and Bellevue. Issaquah is very close to the main Microsoft campus in Redmond, where we worked in the 1990s, and many of our co-workers lived there. And we owned a house in Bellevue for over a decade before moving aboard Dirona. Bellevue also is where we board Spitfire, at Wagly Pet Campus, when we travel.

Below are highlights from March 7th, 2022. Click any image for a larger view, or click the position to view the location on a map. And a map with our most recent log entries always is available at mvdirona.com/maps.